David Tibeaux is a small town boy who grows up in a farming community and seeks to one day escape and dreams of going to law school. Through hard work and surviving a tumultuous youth he realizes this dream and finds himself at a prestigious law school in sunny Southern California. The task seems simple enough ;enjoy the adjustment from small town southern life to the rapid California lifestyle, graduate and return back home to the quiet hills of the Smokey Mountains in Tennessee and settle down in his home town and hang his shingle....all too simple and easy. 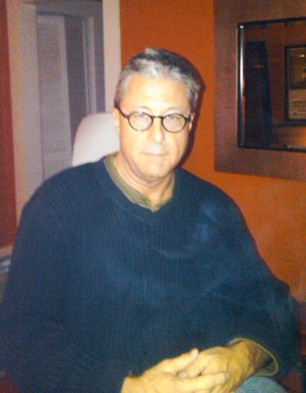 But his plan doesn't turn out that way when by way of an Asian girlfriend he meets while attending law school in California & her back home connections he finds himself recruited by the CIA for a "project" overseas that turns out wrong...terribly wrong and results in the assassination of a foreign political hopeful almost costing both he & fellow operatives their own lives.

To make matters worse he later learns that the entire episode did in fact go as planned but according to the wishes & designs of the NSA, not the CIA while his own agency wears the blood & shame of this great debacle. He surfaces both horrified & disillusioned and with the seed of dangerous dysfunctionalism firmly planted in his soul and one that would play a major part in shaping the events yet to come.

Later he finds himself representing nefarious characters in new Orleans & rising through the trusted ranks of the infamous Di'Caprio Crime family he begins to utilize his former government acquired intelligence skills to help the mob both steal & laundry money resulting in himself becoming the target of a federal investigation with other attorneys who turn state evidence against him and then suddenly disappear. One of these individuals was found later in what was determined to be a suicide while another absconds and is never heard from again

Drugs, money and beautiful women are the mainstay in this surreal life and it's not long before reality and the bizarre seem synonymous. Narrowly escaping the reaches of the government he retreats to private corporate practice in far away Nebraska but feels as though his life & destiny went unfilled and lie elsewhere.

Opportunity knocks again and he is appointed chief prosecutor for a foreign government and again the skills & background are called into play as he investigates and seeks to apprehend the upper levels of the Yakuza Japanese mafia who in turn seek to kill him through the cooperation & assistance of his most trusted detectives.

By this time his world is engulfed with paranoia & addiction leaving him at the gates of death and extinction with his only chance of survival lying in the hands of a local island girl who holds the key to his existence & salvation from the real enemies that seek him and the imaginary demons that live within his soul.